Mana Cruising Club Friends of Pickersgill Island’s July 2022 trapping trip
Supported by Altherm Aluminium Manawatu, Good Nature, Hardwired Electrical and in spirit only the Department of Conservation.
Pickersgill / Matapara island Queen charlotte Sound
These last few trips have been tricky enough with Covid and weather but this one relied on boats other than Southern Cross which was still getting repaired after I managed to run aground on the entrance to Greville harbor on the 19th of May.
Fortunately, Scott and Ted offered their Launches to allow the July 21 trip to happen so the planning continued.
After the usual adjustment for weather and “new crew” defections we moved the departure a day forward and had a good strait crossing. A bit of wind at the brothers but no sea. Got to Burneys Beach mooring about 3pm on Wednesday afternoon. As forecast it was raining and quite cold. Forecast for Thursday was also wet and could have been a write off. Fortunately the Southerly that hit Wellington hard on Thursday didn’t touch Queen Charlotte Sound. There was no rush to get up on Thursday morning because of the forecast rain so we had breakfast about 8 am and reviewed groups and routes and prepared packs with gas cylinders and lure etc. By 11am it was clearing up nicely, so we went to the Island at mid-day in perfectly calm conditions. 5 Groups did approximately half of the island in overcast, clam and cool conditions. That night we had a combined dinner and drinks before turning in About 11pm for the same again on Friday
Friday was not super rushed because Thursday’s progress had been good. Overnight it snowed on Mount stokes and it was still cold, but we will take fine and sunny at this time of year. The balance of the trap work was completed without incident.
This picture taken after completing trap servicing on Arapawa. These traps are protecting the point closest to Pickersgill to discourage rats that might like to swim across. 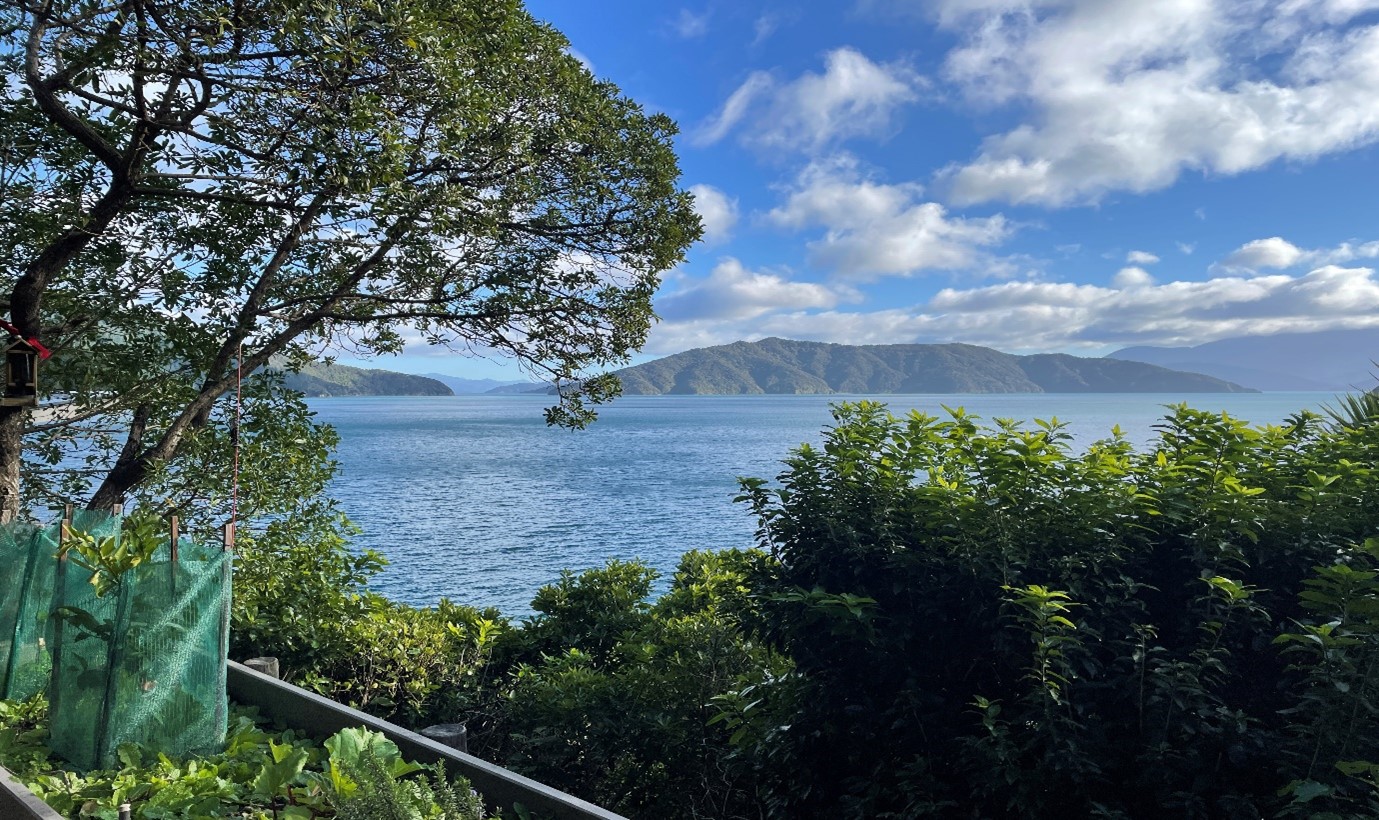 The effort this time showed another 627 trap activations since we were there in March and this makes about 4 thousand since the project began.

After some socializing on Friday night we decided to attend to a few problem traps and inconsistent numbering issues to improve the system and to install another 6 traps that we had available in areas that were not well covered by the existing net work.

Sundays forecast was good so we had a try for Grouper but had to settle on some cod before returning home to the Marina about 3.30pm

This is an idea of the trap coverage we have on the Island. 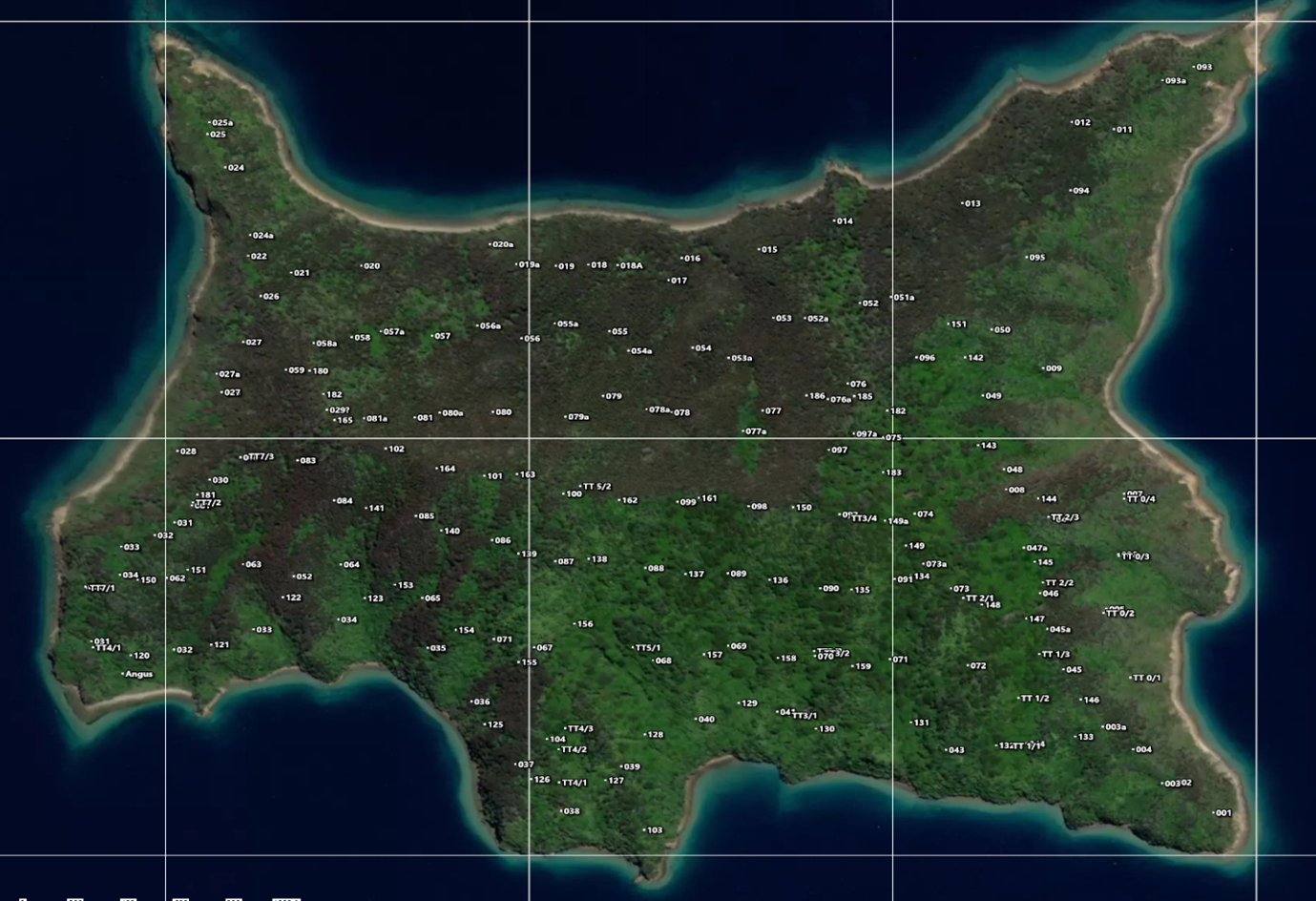 Day three was not going to get it all done but it was close. The Southerly had moderated to 30Kts at the Brothers with a possibility of getting home on Monday afternoon so we loaded up tried to finish it off but it wasn’t to be after a few technical difficulties we still had some work to do on Monday morning.  Chirp caps and monitoring cameras to attend to as well as bait and gas for 2 or three traps. Started to see recent trap activity as we walked past previously set traps. There is video of a weka taking a rat away from a trap here

Monday saw the work finished and there was still a bit of wind so what do you do? Dinner at Punga Cove restaurant to toast completion etc. 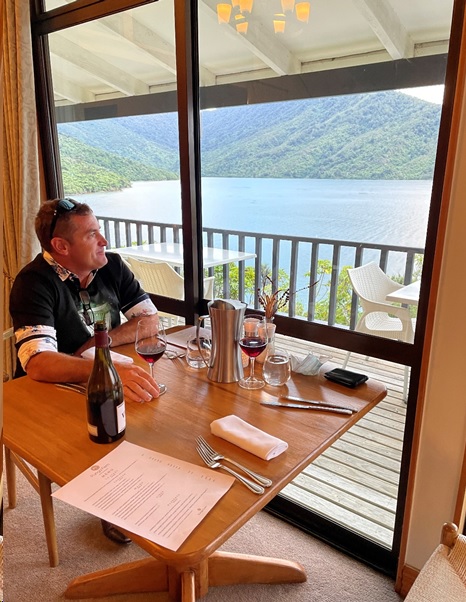